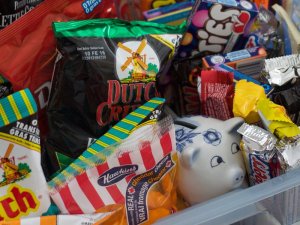 From my December 2013 interview with smithsonianmag.com

The 2004 release of Super Size Me—a documentary about Morgan Spurlock’s 24-pound weight gain and health decline during a month-long McDonald’s binge—and other books and exposés of the last decade, for that matter, have tarnished the reputation of fast food and other processed foods.

But what if the food Spurlock ate at the chain was healthier? What if, by eating food engineered to be lower-calorie, lower-fat versions of popular favorites, he lost weight in the course of 30 days rather than gain it?

Journalist David Freedman made this case—that fast food and processed food may actually help in the fight against obesity instead of hindering it—in an article this summer in The Atlantic. At a time when the loudest and clearest food message is to eat fresh, locally grown, organic foods, the piece prompted a range of reactions from scientists and fellow journalists in the food and health worlds…read more.