The Truth about Genetically Modified Food 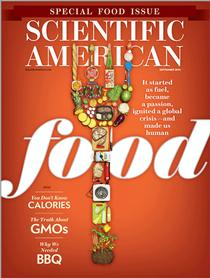 Proponents of genetically modified crops say the technology is the only way to feed a warming, increasingly populous world. Critics say we tamper with nature at our peril. Who is right?

From my article in the September 2013 issue of Scientific American

Robert Goldberg sags into his desk chair and gestures at the air. “Frankenstein monsters, things crawling out of the lab,” he says. “This the most depressing thing I’ve ever dealt with.”

Goldberg, a plant molecular biologist at the University of California, Los Angeles, is not battling psychosis. He is expressing despair at the relentless need to confront what he sees as bogus fears over the health risks of genetically modified (GM) crops. Particularly frustrating to him, he says, is that this debate should have ended…read more.

2 thoughts on “The Truth about Genetically Modified Food”