How Traveling Abroad for Medical Care Can Make Surprising Sense 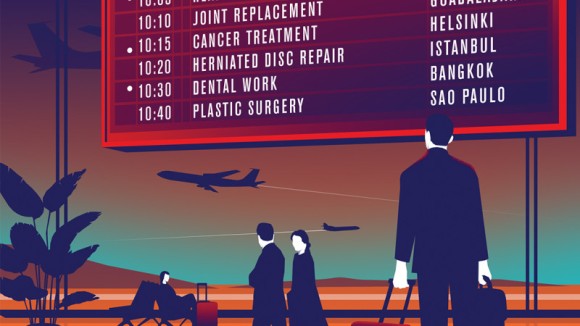 Three years ago, Justin Bull was goofing around with friends, swinging on a tree rope, when he lost his grip. The 29-year-old multi-sport athlete and dirt biker plunged 35 feet, landing on his right shoulder and snapping a tendon. Worse yet, he was uninsured, which meant getting surgery in his hometown of Fort Worth, Texas, would cost $40,000, all out-of-pocket. “I was looking at going into serious debt,” he says.

Then Bull’s mother made a surprising suggestion: Go abroad to get it done. A few years before, she’d traveled to the Czech Republic for surgery on her ankle. The procedure had been top-notch, complication-free, and a huge cost-saver. Bull did some research and opted for the Hospitales Amerimed in Cancún, Mexico—an orthopedic-surgery destination for professional athletes worldwide. Bull says it couldn’t have gone better. Total cost of airfare, a week in a resort for two, and all medical costs: $7,400. He checked with two U.S. surgeons afterward who said the work on his shoulder passed muster….Read more